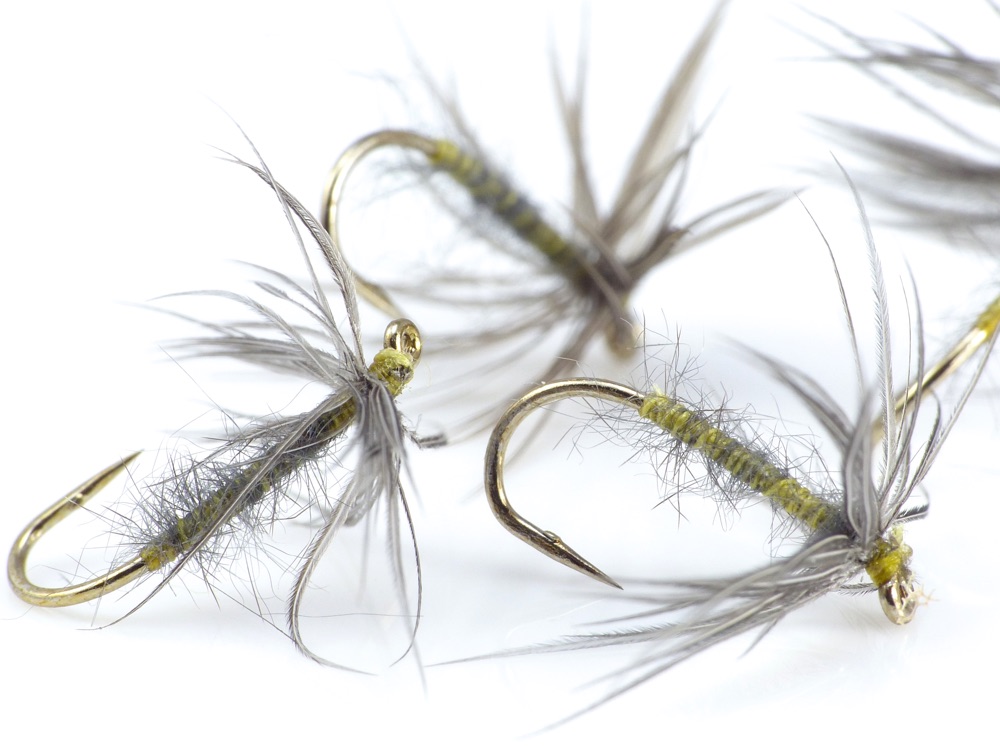 North Country Spiders - is the name given to wet flies tied in a particular style in the north of England. They are at the foundation of all North Country fly fishing and are tied intentionally to be very sparse. They have been used for over a hundred years and are tied using simple, traditional, fly tying materials, to represent the full spectrum of insects available to the trout and grayling. There are many North Country Spiders, but I like to keep my selection quite small, to only the ones you see below. With just these few wet flies I am able to represent virtually every insect I am likely to encounter throughout the year, from Large Dark Olives to Pale Watery Olives and everything in between. 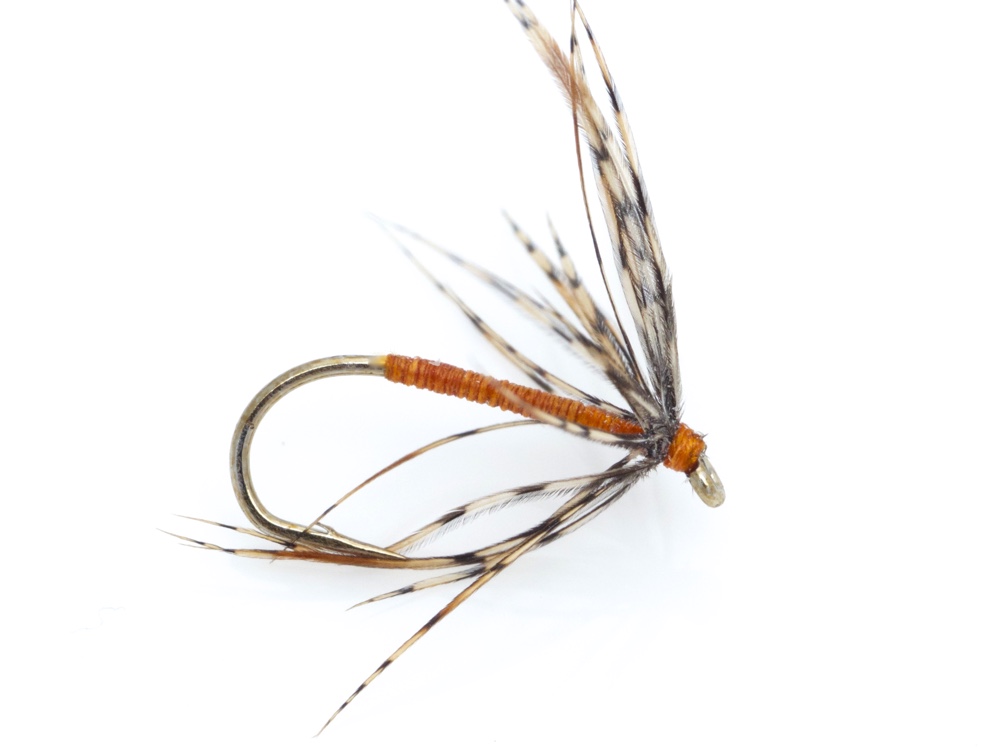 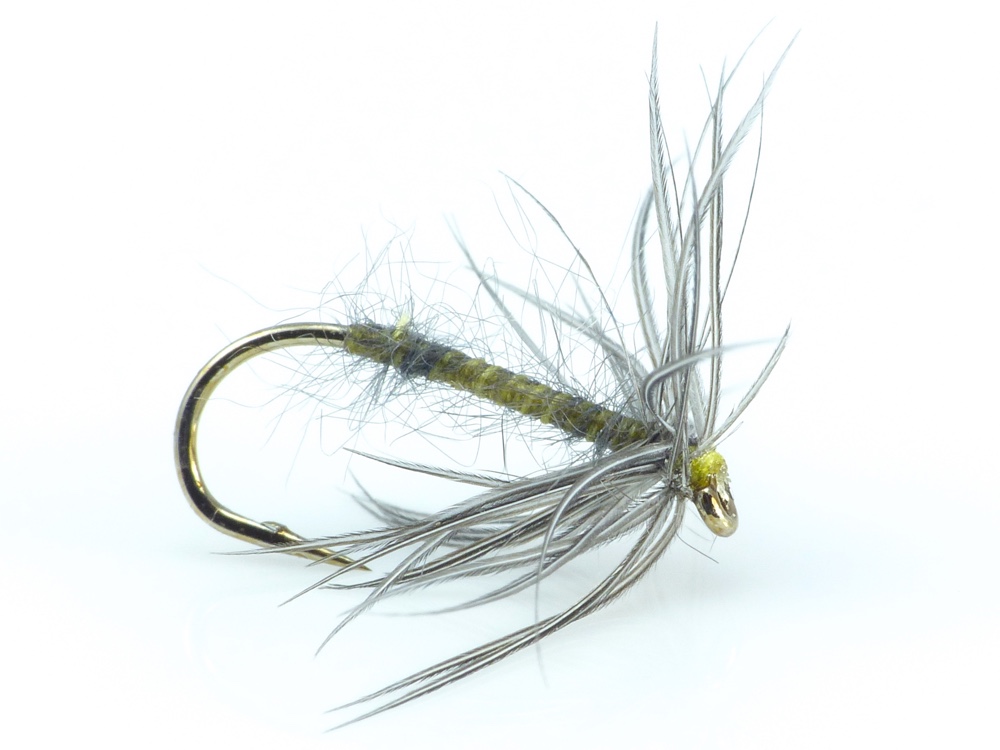 The Waterhen Bloa is my favourite North Country Spider. It is "the only" spider needed early in the season when the Large Dark Olives are hatching, of which it is a simple, but brilliant, imitation. In the early season, say until late April, I fish two Waterhen Bloas with a Baetis Nymph or Gold Bead Pheasant Tail Nymph on the point. Size 14. 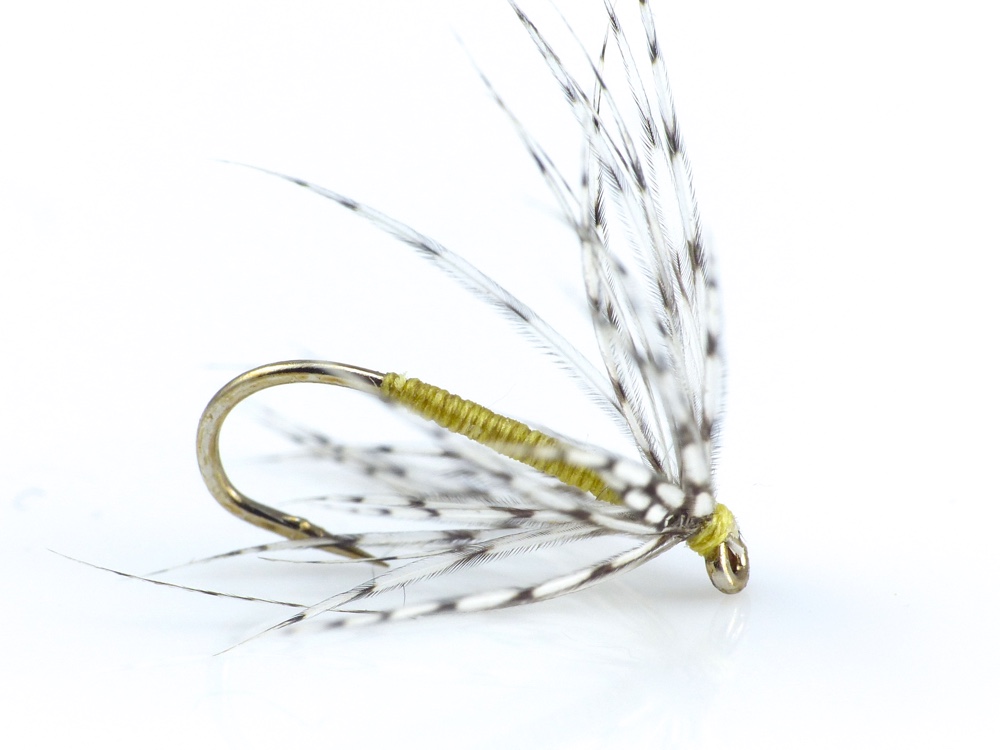 The Partridge and Yellow is my choice when the paler olive species are hatching from late April onwards. It imitates a large range of olives (upwings), including the Yellow May Dun and other pale flies. It uses a grey feather from the neck of a partridge rather than the brown feather from the back of the bird used in the P&O. This gives the fly a much paler colouration and looks very convincing when wet. A good fly! Size 14 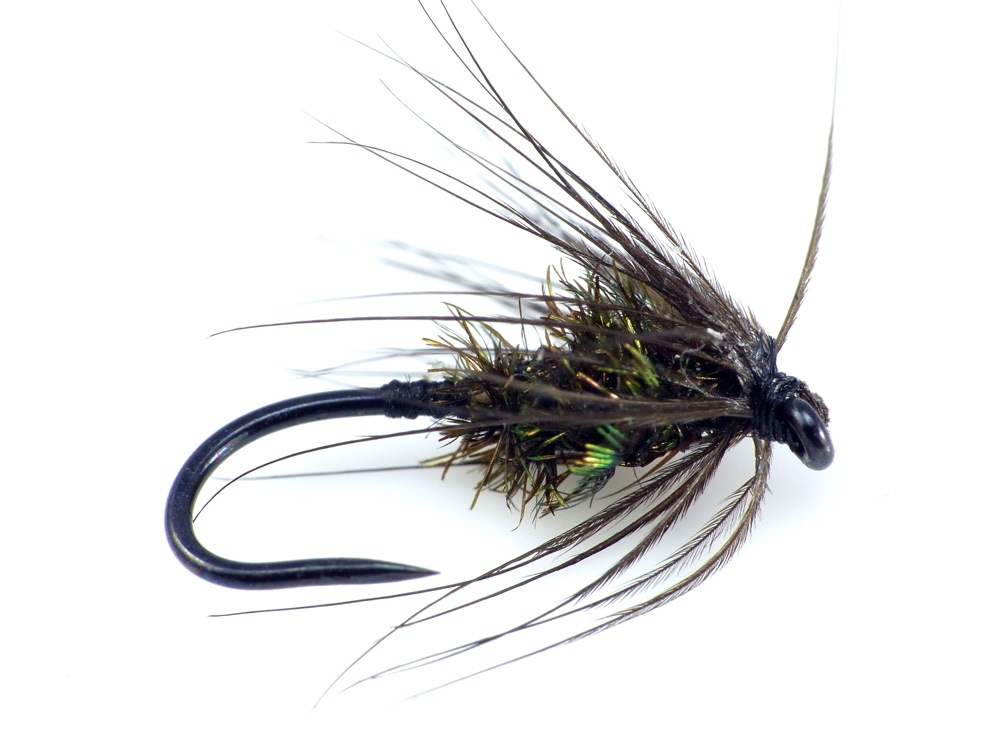 The Black Magic Spider is a good all-rounder to have tied to your leader at most times of the season. It must imitates a myriad of small black terrestrials and aquatic flies. It will represent just about any small terrestrial from Black Gnats and Hawthorns to Midges and Smuts. I sometimes even treat it to float and use it as a very convincing dry fly. It is very good autumn grayling fly and wet fly when loch fishing. A versatile fly if ever there was one! Size 16. 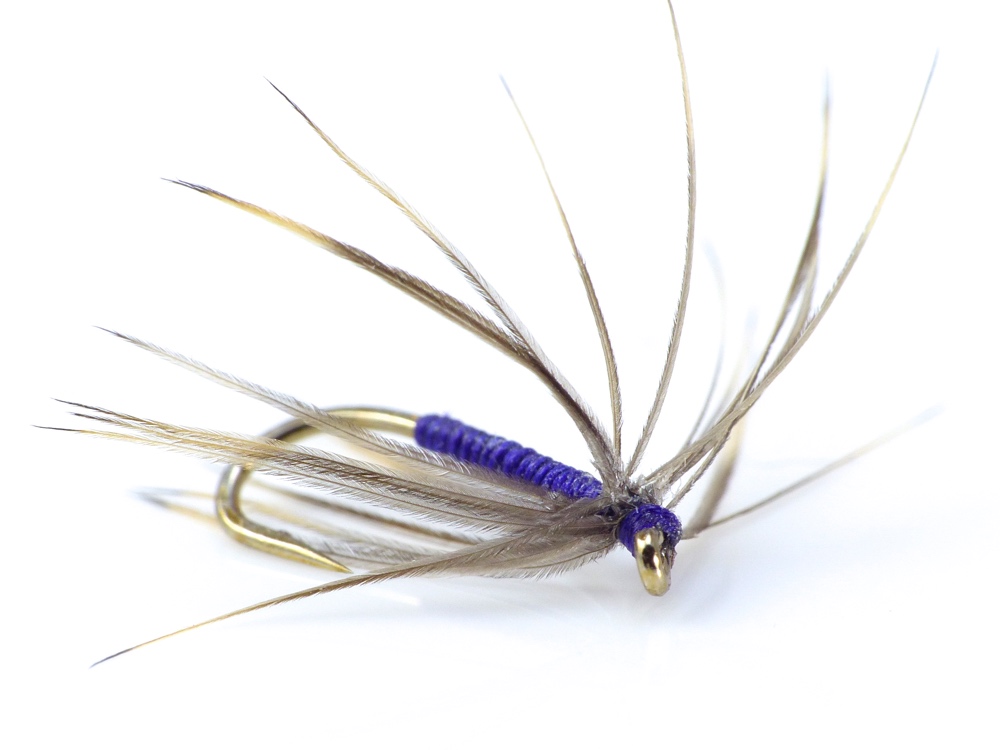 The Snipe and Purple is one of the most famous North Country Spiders. Along with the Partridge and Orange, and Waterhen Bloa, it forms the 'famous three'. Many north country anglers fish these three flies together, on the same leader, throughout the season. The Snipe and Purple is generally considered to be an imitation of the Iron Blue Dun, but it also does a good job of representing other flies, particularly midges and small terrestrials. Good early season fly. Size 16. 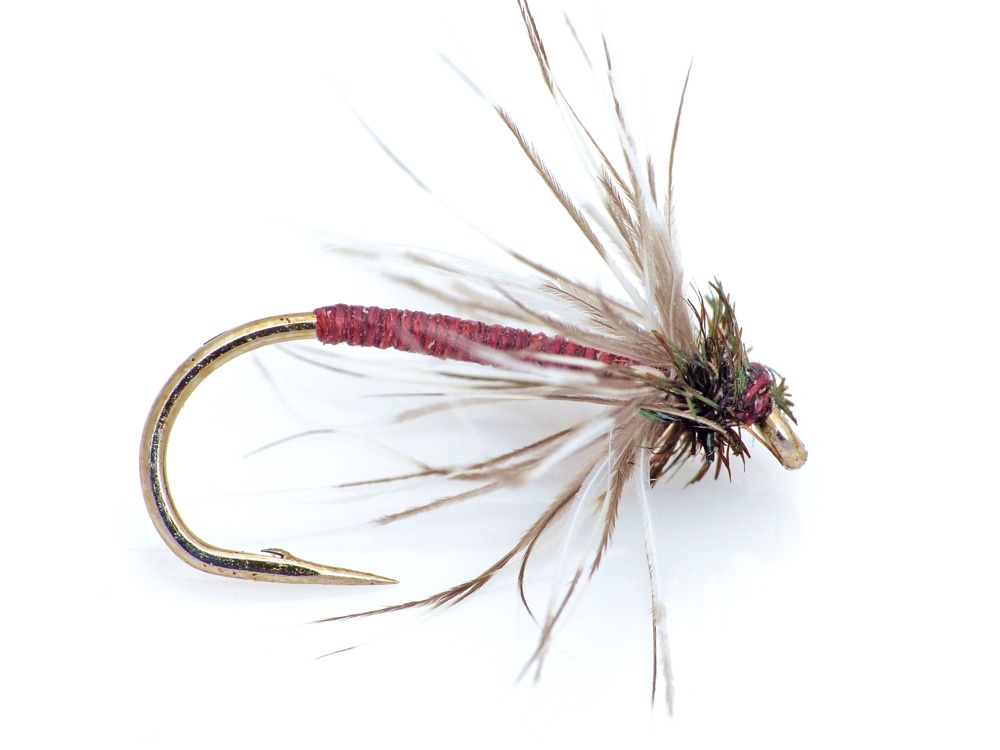 The LSN is an imitation of two Stoneflies known as Needle Flies, due to their very slim bodies and dark colour, like needles once imported from Spain. Naturals hatch February to May, and again August to November, so this fly can be used with confidence throughout the trout season and for autumn grayling. In fact it is widely known as one of the best North Country Spiders for grayling. The famous North Country angler T. E. Pritt claimed it to be "THE best all-round fly for North Country rivers" at any time of year. Size 16.